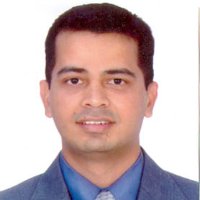 A Senior Manager at PricewaterhouseCoopers (PwC), Bangalore. Chetan advises domestic and international firms on strategy, policy and regulatory aspects with special focus on investments in the state of Karnataka. As a member of Government of Karnataka’s Aerospace Task Force, Chetan was instrumental in conceptualising and drafting the Karnataka Aerospace Policy (2013-23) which was released by the Hon’ble Defence Minister, Mr. A K Anthony during Aero India, 2013. He continues to assist the state government in speedy implementation of policy recommendations and is a keen observer in identifying gaps in technology, infrastructure, skill development and ease of doing business and facilitates actions which can create favorable conditions for economic growth.

He completed his graduation from the Jawaharlal Nehru Institute. He holds a Post-graduate degree in International Business from the Indian Institute of Foreign Trade He is also an alumnus of the prestigious National Defence Academy.

Chetan has more than 16 years of experience in both Government and private sector. Prior to PwC, he led a team of offshore sourcing experts at GE Capital supporting the Energy, Aviation and Oil & Gas businesses and was later instrumental in spearheading an American Venture Capital (VC) funded start-up – VuCast, in India, in the wireless technology space. He also advised the VC on Aerospace & Defence related investments in India. A former Major in the Indian Army, he served in the Office of the Chief of Army Staff, Army Headquarters, Ministry of Defence for over 3 years and was a member of high level defence delegations to US, Japan, Philippines, Singapore and Bhutan.