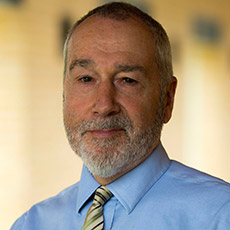 John Hoffmire is Director of the Center on Business and Poverty. He is also Chairman of two companies – a major generics firm called Oxford Pharmaceuticals and a 100 person consulting firm, Cadence Innova. He also serves on the board of directors of the Wisconsin Business Development Growth Fund.

John has been named as Senior Fellow of Peking University’s HSBC Business School and is an Affiliate of the Centre for Mutual and Employee-owned Businesses at University of Oxford’s Kellogg College. His work has had a particular focus on Employee Stock Ownership Plans. As founder and CEO of his own investment-banking firm, he helped employees buy and manage approximately $2.2 billion worth of ESOP stock. He sold his firm to American Capital, which then went public. John left American Capital as Senior Investment Officer when the company reached $1 billion in assets. After leaving American Capital, John was Vice President at Ampersand Ventures, formerly Paine Webber’s private equity group. Earlier in his career, after he finished his PhD at Stanford University, John was a consultant at Bain & Company.

John chairs two non-profit organizations: Progress Through Business and the Personal Finance Employee Education Fund. Progress Through Business publishes an outline daily newspaper, Progress Daily. He has participated in work, research and speaking tours in over a 100 countries. And he was awarded the Darwin Nelson Community Impact Award for his “tireless efforts” to create and expand opportunities for low income people around the world.