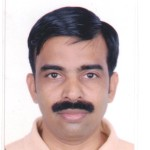 Parag Bhargava has been teaching at the IITs for over 15 years and has guided 10 PhDs and 45 Master’s thesis students. Besides carrying out basic research in the area of technical ceramics, powder metallurgy, dye sensitised solar cells, he is also passionate about technology development and commercialization.

Parag received the Young Engineer of the Year Award from Indian National Academy of Engineering. In addition, his team received the silver medal for technology based commercialisable innovation at Anveshan 05 organised by the Indian Institute of Management (IIM) Ahmedabad in 2005. The team initiated a company called ANTS Ceramics, based on the work carried out in Parag’s lab in the area of technical ceramics.

Parag has been inspiring students to take up entrepreneurship specifically in the manufacturing and advanced materials domain. He loves to teach and interact with students. Over the years he has experimented with different non-formal teaching methodologies to get students involved and excited about materials science and has been awarded the excellence in teaching award at IIT Bombay.

Parag has also been thinking about engineering education and, in that context, he won the first prize at a Pan IIT competition on ‘New environments for learning, teaching, research, creation, use and preservation of digital resources’. During his tenure at one of the IITs, he established a group (Prabuddha Bharat) with students which worked with children from the underprivileged sections of the society developing and applying ideas on holistic education.

Parag is currently building a platform to bring together different stakeholders working in the social sector to be more impactful at a country scale. He was recently invited to present these ideas at a TEDx event held at IIM Ahmedabad.