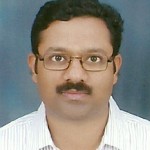 Initially, Sankalp worked as a Maintenance Engineer on a drilling rig at Cauvery Asset, Karaikal-Pondicherry and then took care of procurement of drilling services at Drilling Services, ONGC-Karaikal. After his posting at ONGC Energy Centre (OEC), Delhi in 2008, he worked with the HR section of OEC. He was then made a part of team for the recruitment of Project Fellows for the first time in OEC. Then he was assigned the Solar Thermal Project. This is the first time, except for two places in the US and in Spain, where this technology is working on a pilot basis.